I never really participated during the planning session of our Cebu trip. My friends Jie and Chelle were very excited about Camp Sawi, a movie I had totally no clue about.  A quick Google Images search for Bantayan Island made me say yes 🙂

This is the outcome of our Cebu trip, it was very relaxed and only had few activities per day. I must say it was a very short stay, unsuitable for a big province like Cebu which has a lot to offer. Definitely coming back for more of this province 🙂

Cebu has tons of affordable hotels to accommodate you. Book your stay at Agoda now! 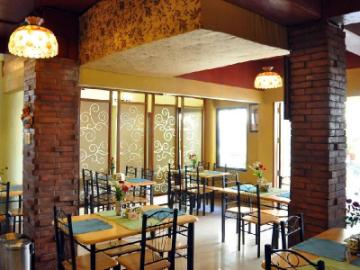 My first domestic flight was bound for Cebu, the oldest city in the Philippines. I never really helped with the itinerary and all I did was say “yes” to my friend Jie regarding this trip, not even minding the expenses.

We were greeted with heavy rains on our way to the airport. It was a 4AM Cebu Pacific flight which we thought was going to be cancelled or delayed greatly due to the bad weather.  Fortunately, the weather subsided and we boarded the plane after a few minutes of waiting. I was really happy because it was my mom’s first flight!

We arrived at Mactan-Cebu International Airport before 6AM. Rode a taxi to Cebu’s North Bus Terminal and boarded a Ceres bus bound to Bantayan Island. All I did was complain about the lengthy bus ride and kept asking if we’re already near the island. After 4 or 5 hours, we finally arrived at Hagnaya Port.  Another hour of sea travel and finally, Bantayan Island! I stopped complaining the moment I saw the island!

Here’s the summary of expenses. Taxi and trike fares we’re shared by a group of 4.

For your accommodation, Agoda has you covered. Book now!

And let the pictures talkin!

View from the 2nd level of the ship. Touchdown Bantayan Island!

Our humble abode at Budyong Beach Resort, just adjacent to Kota Beach Resort. We scored this for P1400 per night.

We ate at Kota Beach’s Restaurant and stayed a few hours before bedtime.

Like scooping up fallen leaves, even if you take my heart and leave me like this, I won't change...
“When the traveler goes alone he gets acquainted by himself.”
“I have traveled many roads in my life. Some were imbued with pain and I needed to avert my gaze. Others were so beautiful that I would have remained there forever. But always, at some point in these routes, I reached a place where I encountered myself.” – Pablo Holmberg
My 5-billion-star hotel 😍🥰
Kawawa rin ung gaganap na artista sa buhay ko sa MMK/Magpakailanman laging laspag kakabike 😅
“I learned my strengths and my weaknesses. I experienced the exhilaration of the ups and the despairs of the lows and most of the feelings in between… I learned courage and I learned it myself” – Ann Stirk
Loading Comments...
%d bloggers like this: